Quality at an affordable price is what you get with Sigma lenses and at this years NAB that trend continued with the release of some new lenses and an EF to L lens mount converter.

Sigma increased their FF High-Speed Prime line-up at NAB by adding 3 new focal lengths which are the 28mm T1.5, 40mm T1.5, and 105mm, T1.5. First seen at IBC but only available for testing these great lenses are now ready to take away and shoot.

The 28mm T1.5 FF is one of the key focal lengths to achieve a true cinematic look. The wide-angle perspective of a 28mm lens has long become an industry standard in shooting motion pictures. This lens is available in EF, E and PL mounts with lens support foot and cap included.

The 40mm T1.5 FF is the first Sigma lens that was optically designed for cine use first as opposed to converting a still photography lens into a cine lens. It lives up to the performance standard required by high-end cinematographers as it achieves the highest optical quality as well as consistent rendering performance over the entire image circle. This lens is available in EF, E and PL mounts with lens support foot and cap included.

Finally the 105mm T1.5 FF is a fast and sharp T1.5 cine lens compatible with full-frame camera sensors and optimized for ultra-high-resolution 6K-8K productions. Featuring a 180-degree focus rotation, this lens is available in EF, E and PL mounts with lens support foot and cap included. 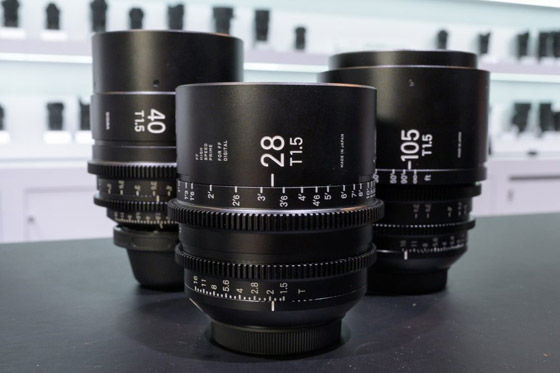 At the same time as the release of the new lens, Sigma released a five-lens case that holds the 28mm along with the 14mm, 40mm, 105mm and 135mm cine lenses.

As well as the Cine lenses Sigma announced a new range of lenses to support the L mount format which was originally developed by Leica. You may remember in September last year at Photokina Leica, Sigma and Panasonic announced the L mount alliance. In a nutshell this means these manufactures will be making cameras and lenses with L mounts.

This is great news for the consumer as all the lenses and cameras from these 3 manufactures will be compatible. One word of warning…this type of alliance has been tried before –anyone remember the Four Thirds system and mount from Olympus and Kodak ? It started in 2003 and was effectively killed in 2008 when Olympus partnered with Panasonic to create the Micro Four Thirds fingers system...fingers crossed this one will last a bit longer. 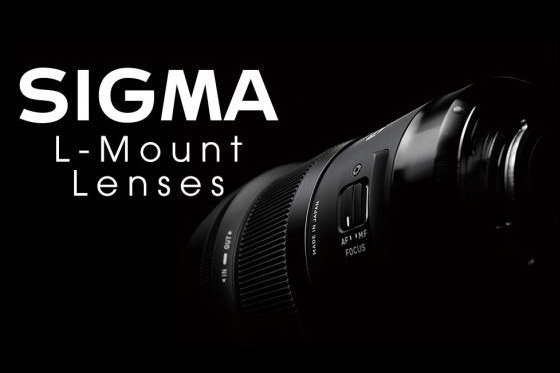 Sigma announced 11 new L mount Art prime lenses for full-frame cameras ranging from 14mm to 135mm. Availability will be later this year so in the meantime Sigma has released the MC 21 which is an EF mount to L mount converter. This gives full 100% electronics compatibility with all of Sigma’s EF mount lenses. 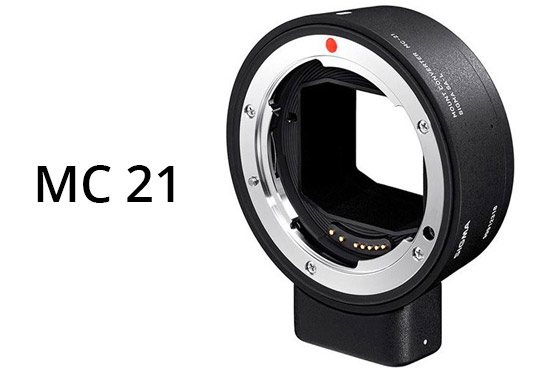