Legendary pro audio equipment manufacturer, Sennheiser unveiled their latest wireless system at NAB 2015 last month in Las Vegas. The new system is called AVX and is a revolutionary step forward in the digital audio realm designed to make the lives of filmmakers on set a lot easier than before. The AVX comes in a few versions, one with a hand held reporter mic and a receiver, and two versions with lavalier microphones – one with the ME-2 and another with the more advanced MKE-2 lavalier microphone.

The new AVX digital wireless system incorporates a radical new receiver design, which now directly plugs into a 3-pix XLR input without any cables or wires. Thanks to the revolutionary new design of the receiver and the whole AVX system, wireless sound for video can now be recorded in just a few easy steps: plug the receiver onto the camera’s audio input, switch on the microphone transmitter – and everything is ready for action. The system itself will take care of all the technical settings.

The AVX utilises the license free 1.9 GHz frequency range, which is a lot less competitive compared to licence requiring bands like Ch.38 in the UK for example. Another benefit to the AVX is that the system automatically sets a free frequency and will switch to another if it senses interference, thus leaving the stress of finding the right frequency out of your way, this way users can focus on their work instead of fiddling with frequencies manually.

“In many video situations, film-makers prefer not to work with the camera’s built-in or plug-on microphone but would rather record a speaker or their own voice directly. In such cases, cabled microphones are not ideal, as they severely restrict creative freedom. The optimum solution is wireless recording,” explained Sven Boetcher, Portfolio Manager Broadcast & Media at Sennheiser. “AVX makes it easier than ever before: without the need to license the wireless system, without making the usual settings, but with reliable wireless transmission – which means that you can concentrate entirely on filming.” 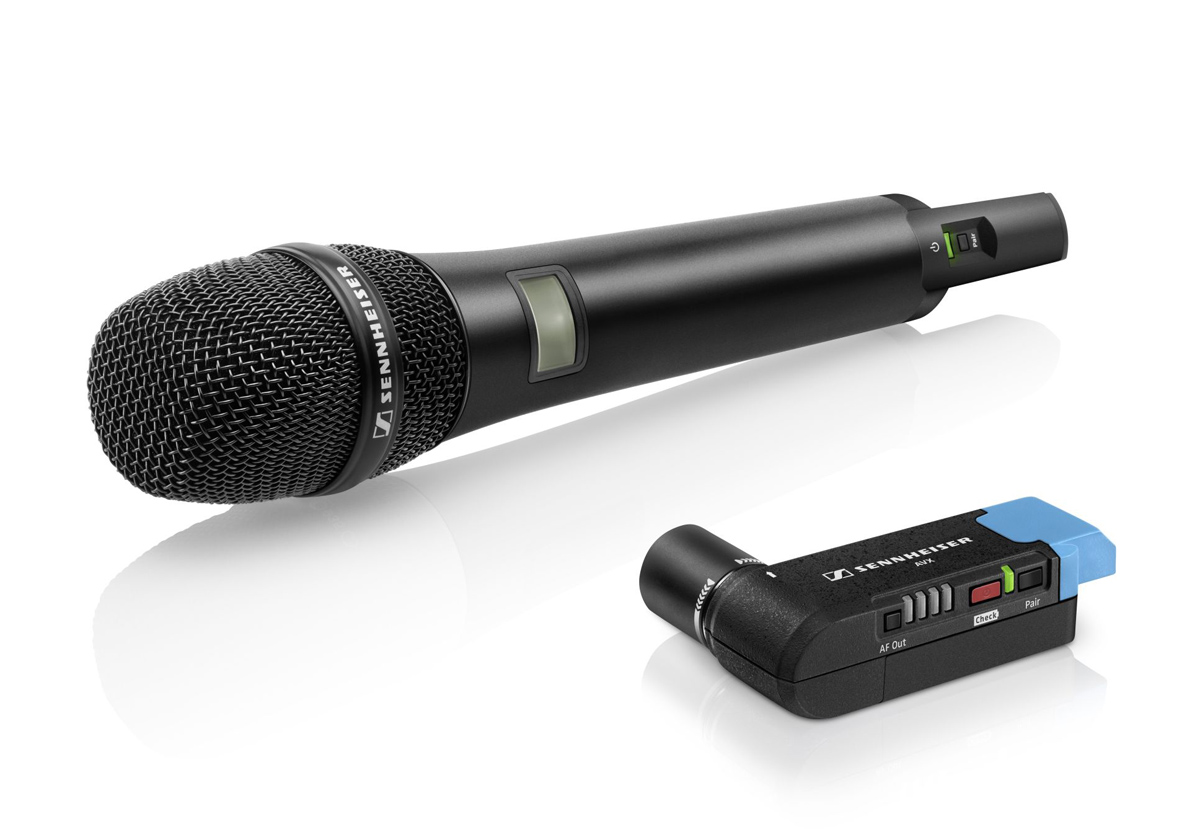 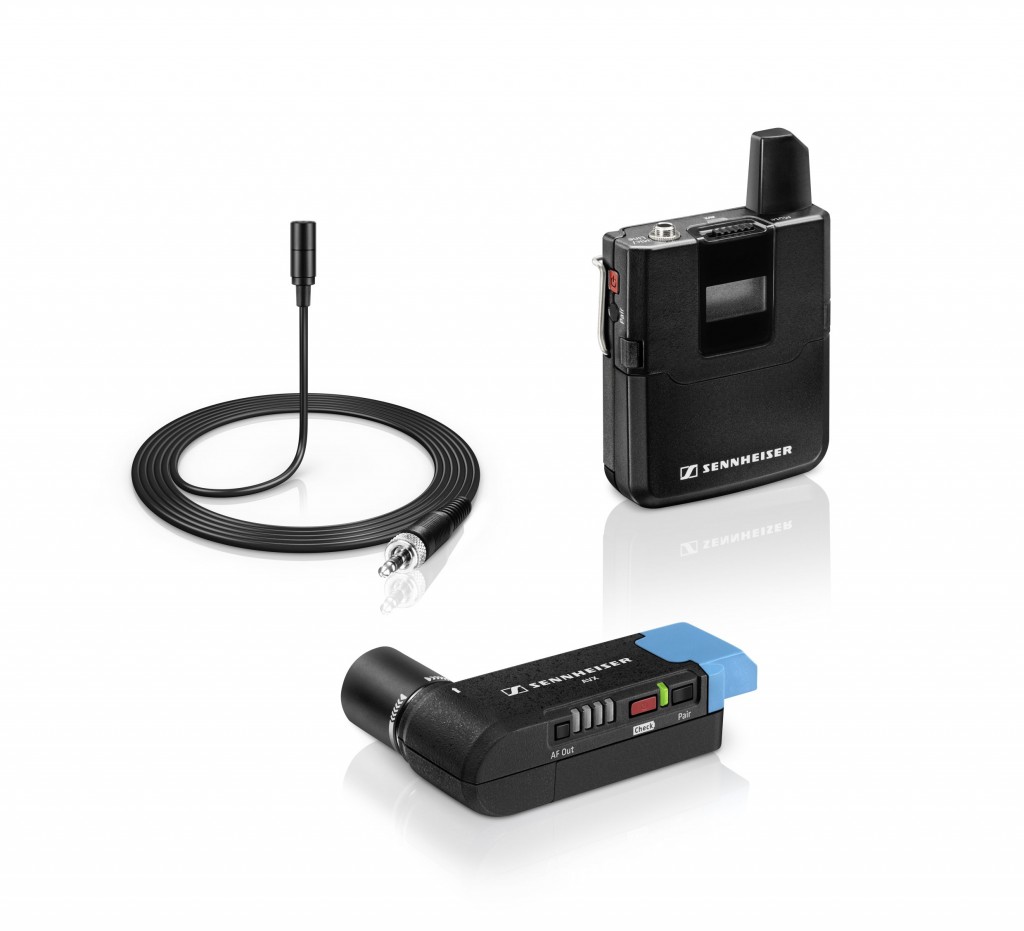 Features and Benefits of Sennheiser AVX

Until now, many film-makers have avoided using wireless audio transmission for their video sound because they were put off by the formalities surrounding licensing and the technical complexity involved. AVX eliminates both obstacles. The system transmits in the license-free frequency range around 1.9 GHz and automatically searches for free transmission frequencies. If a source of interference appears, AVX inaudibly shifts to a new frequency. The system also sets the correct sensitivity automatically. Sound that is too loud or, even worse, too quiet is now a thing of the past.

AVX is equipped with adaptive transmitting power – that means that the system always uses the power that is required to maintain a secure connection between the microphone and the camera. That not only ensures that the connection is stable, it also reduces battery power consumption. 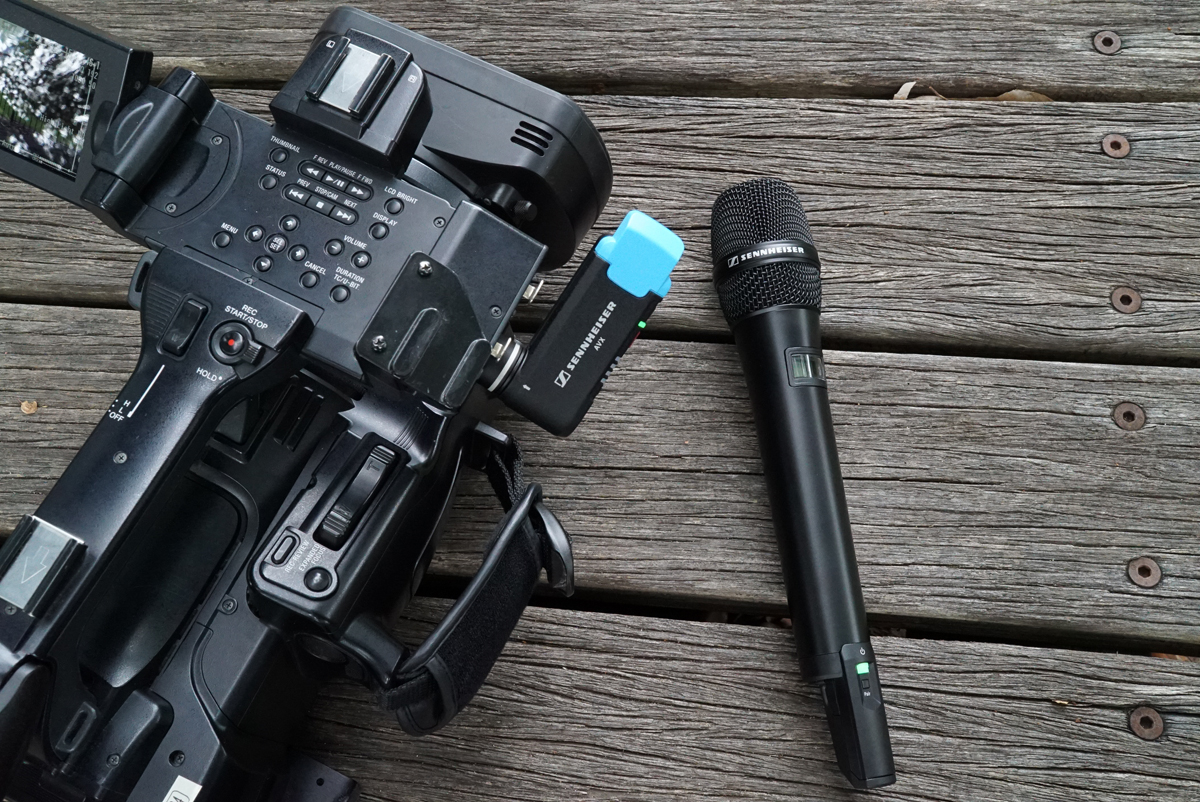 The receiver and transmitter are powered by lithium-ion batteries, which are recharged via a USB port. The transmitters display the amount of battery life remaining. The batteries and a separate charger unit are included in the camera set.

The AVX systems are available to pre-order from us at Visual Impact, with kits starting at £675 + VAT. The AVX is expected to be available for shipping in June 2015.