In this interview we talk to David Procter about his work on the Netflix Original The Innocents starring Guy Pearce. We then briefly touch on his most recently wrapped biopic Black Beauty starring Kate Winslet and the TV movie Make Me Famous. We discover how David subsidised his early days in the film industry by selling coffee machines, his reaction to seeing his early work Blood Cells and Bypass premier at the Venice Film Festival, who his mentors are and how he developed his own style. 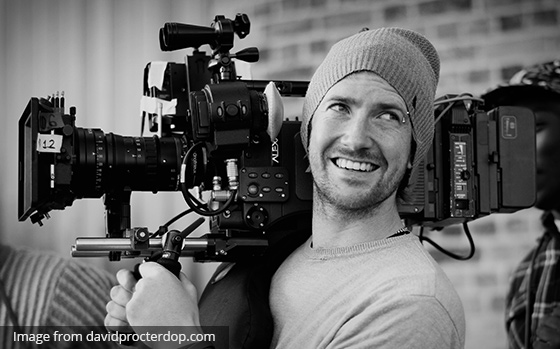 The Innocents is a British supernatural television series created by Hania Elkington and Simon Duric. The series premiered on Netflix. In this interview we discuss the challenges of tight prep and production schedules, shooting in multiple locations across two countries including a remote island deep in the fjords of Norway and shooting key VFX sequences. David also covers the reasoning behind shooting in 8K for a 4K HDR Dolby Vision finish, the choice of camera/lens package supplied by Panavision and the mixing of vintage Zeiss Superspeed and Zeiss Standard Speed glass. 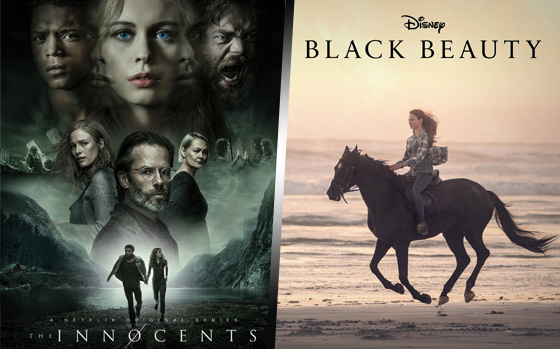 This is a contemporary version of Anna Sewell’s much-loved late-19th century novel Black Beauty directed by Ashley Avis for Disney. It stars Mackenzie Foy, Kate Winslet, Claire Forlani, Iain Glen and Fern Deacon. In this section of the interview David describes what it was like shooting his first Hollywood Studio film, creating the visual language of the movie, shooting in South Africa and New York, the challenges of working with horses plus what it was like using a mixture of his regular team and new members. He also explains the important of using Steadicam on this project.

An alumnus of the Berlinale Talent Campus, David is a Director of Photography based between London & Los Angeles. David's debut feature 'Bypass' received its world premiere in competition at the Venice Film Festival before a nomination for Cinematographer's Debut at Camerimage & the Grand Prize at Goldeneye. His next feature, 'Blood Cells,' also premiered at Venice to critical acclaim before a nomination for The Michael Powell Award for Best British Feature at Edinburgh. Netflix Original 'The Innøcents' starring Guy Pearce was David's episodic debut, shot across Norway and the UK. With early roots in documentary, David now spends much of his time shooting commercials internationally, maintaining a careful balance of dramatic work & technical challenge. David most recently wrapped biopic Black Beauty with director Ashley Avis for Constantin Film, starring Kate Winslet, Iain Glen, Mackenzie Foy & Claire Forlani. David's work has graced awards at the likes of Abu Dhabi, MTV MVAs & Cannes Lions as well as a BIFA nomination, six nominations for Golden Frogs at Camerimage & a nomination at Manaki Brothers.

This entry was posted in Visual Impact Podcasts and tagged Bypass, Blood Cells, Make Me Famous, Black Beauty, The Innocents, David Procter, #the visual impact podcast on 26th May 2021 by Visuals. ← Previous Post Next Post →