This week we are featuring the latest ALEXA MINI LF SUP 6.0.20 update from ARRI, the new NTG5 broadcast shotgun mic from Rode Microphones plus the recently released HyperCore NEO Batteries from CoreSWX.

The Alexa MINI LF just got a new firmware update. ARRI has released the new ALEXA MINI LF SUP 6.0.20 update, which does not bring any new features to the camera, but is quite important as it brings significant improvements to the reliability of the camera and fixes various bugs. An example of such improvements is the slight reduction in the speed of the filter movement in order to further improve the reliability of the full spectrum ND filter slider in the camera. ARRI does recommend all Alexa MINI LF owners to update to the latest firmware. 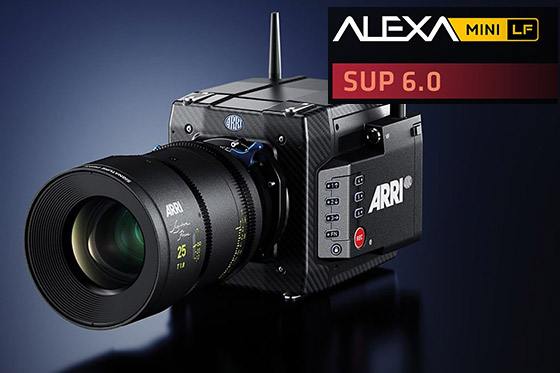 Rode Microphones just announced their new NTG5 broadcast shotgun mic for professional on-location sound. The new NTG5 weighs just 76 grams thanks to the aerospace grade aluminium design, making it a lot easier on sound recordists, who often have to boom for hours on long shoots. A new ground-breaking acoustic port design allows for a more efficient and acoustically clear sound delivery to the capsule. Optimised for human voice recording, the NTG5 has a highly directional super-cardioid polar pattern with smooth off-axis response, which when combined with the pistol grip and windshield make it a great microphone for location recording. 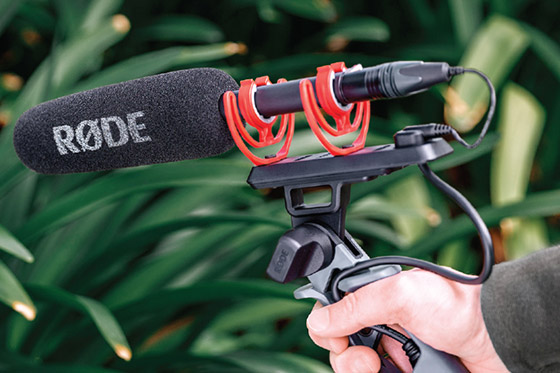 Core SWX recently released their new HyperCore NEO Batteries. Available in both V-mount and Gold mount, the HyperCore NEO offer 98Wh capacity with 16Amp peak loads and 12 Amp continuous while taking advantage of a new modular construction reducing wiring and improving build integrity. There is also a new backlit LCD on the front and RFID functionality that helps you monitor battery info from a smartphone. The HyperCore NEO batteries also come with a 12 Volt smart D-tap and an advanced 5 Volt USB port for charging a mobile phone and perform firmware updates. 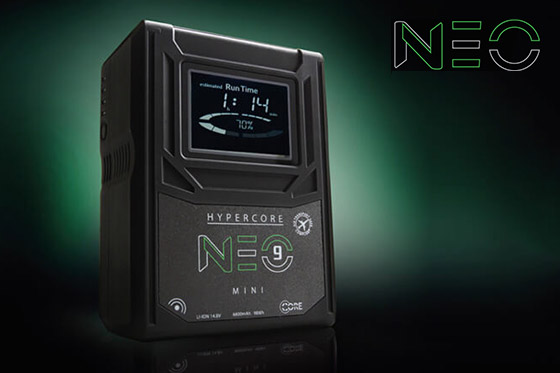