Sony has just announced their new cinema camera flagship - the VENICE 2 full-frame cinema camera. Building on the success of the VENICE, the new model features a brand new 8.6K sensor with 16 stops dynamic range and a Dual Native ISO of 800 and 3200 giving cinematographers the ability to capture exceptionally clean images in every lighting situation. Sony is also making the VENICE 2 compatible with the 6K sensor block from the VENICE for some extra frame rates, while the built-in 8-step ND filter system makes ND filter changes on set a thing of the past. The VENICE 2 improves the rugged build of the original camera with a shorter and lighter design, now capable of recording X-OCN raw internally without the AXS recorder. The smaller footprint allows DoPs to utilize the VENICE 2 more easily on professional drones, gimbals, and Steadicam rigs, while the upcoming Extension System will make impossible shots a reality. Sony is aiming for a February/March 2022 release for the VENICE 2. 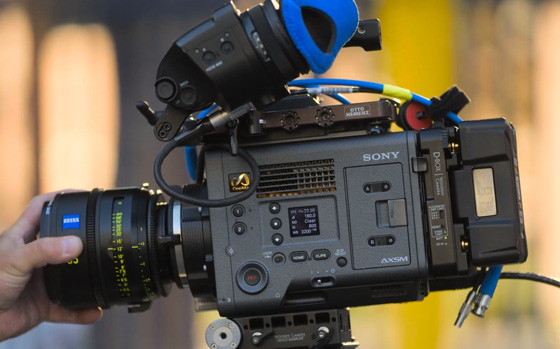 Blackmagic Design has introduced the next generation URSA Broadcast camera. The new URSA Broadcast G2 retains the same camera body, however it comes equipped with a complete internal processing overhaul combining three cameras into one - a live studio camera, a broadcast camera, and a cinema camera. Featuring a 6K sensor with a 13 stops dynamic range, the new URSA Broadcast G2 gives users the ability to record in a variety of formats including H.265, H.264, Apple ProRes, and Blackmagic RAW. In addition to a wide range of recording options, users can also chose to record footage onto SD UHS-II cards, Cfast 2.0 cards or external SSDs via USB-C. The new camera is also compatible with the Blackmagic URSA Mini recorder and will be also available with an EF mount in addition B4 mount, giving users even more options when it comes to lenses. Camera operators will also have access soon to optional zoom and focus demand units for more live studio style camera setups. 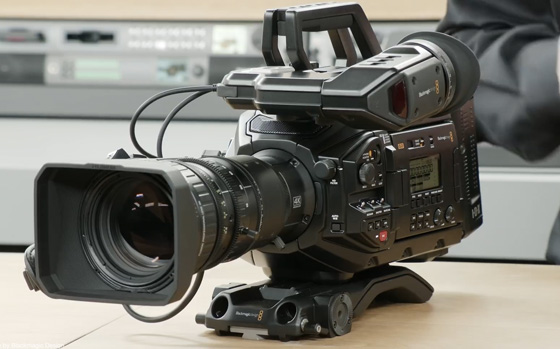 Aputure has announced the new LS 600x Pro LED giving cinematographers access to the latest COB technology. The 600x Pro is a bi-colour LED fixture with some serious output and flexibility. Similar to the 300x, the 600x utilizes Aputure's Precision Colour-Blending Optics enabling a wide colour temperature range from 2700 to 6500 Kelvin enabling creators to mix and match to almost any other light source. The 600x Pro features Aputure's most advanced LED chipset for an impressive output ranging from over 5600 lux with the standard hyper reflector to the staggering 18,000+ lux when paired with the F10 fresnel. This is more than twice the output of the 300x output, putting the 600x in the same class as 800 watt HMIs. Catering to professional users, the 600x Pro's rugged build was designed to withstand the elements with dust and proofing, while the improved control box features an extensive array of control methods, including 2.4G, 5-pin DMX and Lumenradio for more complex lighting setups. That's it for this week, we'll be back next week with more news in 90 seconds. 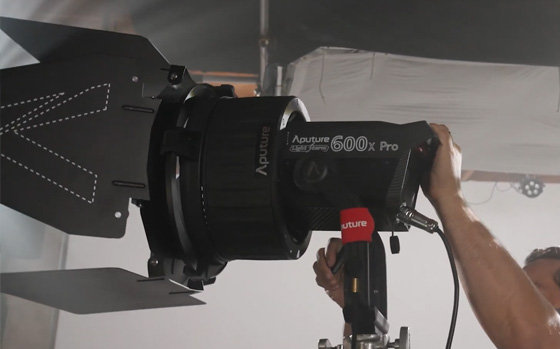 This entry was posted in News and tagged aputure, Blackmagic Design, Sony on 22nd November 2021 by Visuals. ← Previous Post