This week we are featuring Sony's new firmware update for the FX6, the new Shinobi 7 touchscreen display from Atomos plus the announcement from Panasonic about their new Lumix GH5 mark II and GH6 mirrorless cameras.

Sony has released a new firmware update for the Sony FX6 expanding the camera's slow-motion capabilities. And just like its bigger brother the FX9, with the new firmware version 1.1 the Sony FX6 can output 4K RAW at 100 and 120 frames per second in Slow & Quick Motion when paired with a compatible external recorder such as the Atomos Ninja V + Pro Kit. Firmware update 1.1 also improves the overall stability of the FX6 and also fixes a bug relating to the way EI is displayed during playback in Cine EI mode. 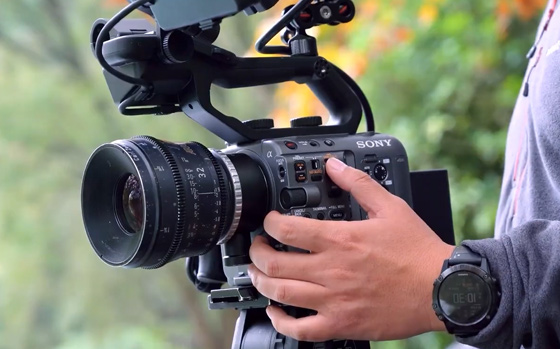 Atomos has announced a new addition to their Shinobi monitor line-up. The new Shinobi 7 is equipped with a bigger and brighter 7-inch touchscreen display with 2200 nits brightness as well as bi-directional HDMI to SDI signal cross-conversion. The Shinobi 7 does not have any recording capabilities but it does support a 4K/60p signal thanks to HDMI 2.0 and also comes packed with a full set of monitoring tools such as waveform, zebras, false color and much more. Users can also upload up to eight 3D LUTs and even control certain parameters on select Z CAM cameras from the monitor via an optional cable. 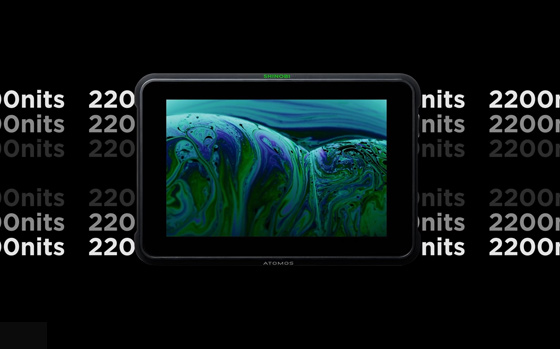 Panasonic also had a busy week packed with huge announcements including a new GH5 mark II mirrorless camera and the development of the highly anticipated GH6 flagship due to arrive later in 2021. It has been four years since the GH5, and Panasonic is back with a new GH5 Mark II, which now supports 4K/60p 10bit internal recording and comes with V-Log L pre-installed. In addition to an updated autofocus system, the GH5 Mark II also features wireless live streaming capabilities via the Lumix Sync app. Later in the year the GH6 will debut with a brand new sensor and image processor as well as a 4K/120 frames per second recording option. The upcoming GH6 will also feature a 10bit 5.7K recording option up to 60fps. 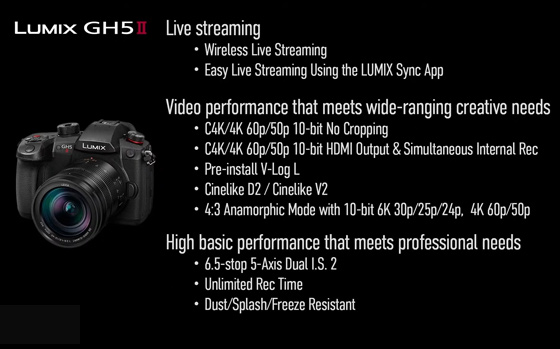 This entry was posted in News and tagged Lumix, Atomos, Panasonic, Sony on 2nd June 2021 by Visuals. ← Previous Post Next Post →