Teradek has just announced the Ranger 4K zero delay 4K HDR wireless video system. Catering to the high-end live production broadcast segment, the Teradek Ranger is available in two versions the Ranger HD and Ranger 4K. Utilising a new joint source channel coding technology, the Ranger 4K is capable of transmitting a 10bit 4K/60p HDR signal to distances of up to 5,000 feet line of sight. The Ranger also features a unique RF design that allows for better transmission in noisy live environments. In addition, the transmission is secured with 256bit encryption and the Ranger is also compatible with the Teradek Launchpad app for iOS and Android devices.

Blackmagic Design just launched the URSA Mini Pro 12K capable of 4K, 8K, and 12K resolutions using the full sensor in Blackmagic RAW. The new camera features a brand new Super 35 sensor developed in-house and optimised for the company's proprietary compressed raw codec. What is more interesting about this sensor apart from the 12K resolution is an RGB CMOS sensor that does not use a Bayer-pattern, meaning it has been optimised for colour accuracy containing equal amounts of red, green and blue in each pixel. The camera is also capable of shooting 4K up to 220frames per second in Super 16 crop mode.

SmallHD has just released the FOCUS Pro rugged monitors for RED Komodo and other SDI cameras. Building up on the success of the 5-inch FOCUS monitors, the new FOCUS Pro monitors are available in two models - an IPS LCD and OLED version. The Focus PRO OLED  has slightly higher resolution, however both models are built to last with rugged aluminium chassis and SDI inputs as well as a 5pin LEMO connector for camera control. 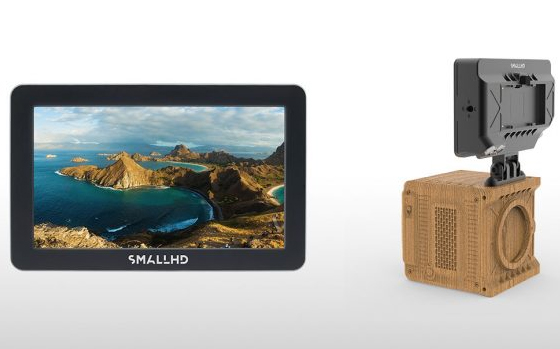